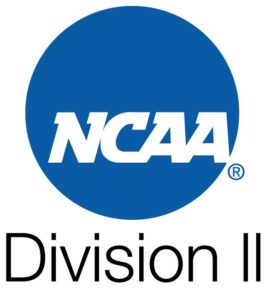 Back on September 19, Florida Tech announced that Ryan McAleavey was leaving his position as head coach of the men’s lacrosse program due to personal reasons. It took one week for the school to find his replacement and they didn’t have to look far, as assistant coach Mark Penn was promoted to the position.

“Coach Mac and I are pretty close off the field as far as our personal lives, and I knew what he was going through because we shared a lot of it together just in conversation and in prayer together,” said Penn. “I had been preparing for a bit that this possibility could arise and was in-step with coach Mac the whole way, in the sense that we were kind of going through it all together.”

As you would expect, Penn was hoping that Florida Tech would offer him the opportunity and when you consider that he has been so involved in the program for five years now, it seems he was the obvious choice.

“I was hoping”, Penn said when asked if he was expecting to be offered the job. “I’ve recruited this whole group here and I feel like I’ve given my heart and soul to it. I felt like it would be the easiest transition, I felt like the kids wanted it, so I didn’t have a lot of doubt, but until it’s final, you never know.”

To that end, Penn said that the reaction of the team to the change seemed very good.

“When we had the meeting about this the reaction was strong, very encouraging for me,” he said. “When they’re buying into everything I’m saying when they’re putting everything out on the field into every practice, that’s the sign, I can see the fire in their eyes. Obviously, the honeymoon will wear off, so it’s up to me to make sure that I continue to earn their trust.”

Penn, who joined McAleavey‘s staff prior to the 2014 season, was also given the title of defensive coordinator and helped the Panthers to a 38-33 overall record, including 14-13 in Sunshine State Conference play.

Even though Penn is known more for his defense, what fans may not know is that his fingerprints were on the recent offensive scheme as well.

“Coach Mac and I for the last year and a half, we were really operating together on everything,” said Penn. “A lot of that entailed some offensive ideas that I wanted to bring in so what we’re doing right now, believe it or not, we’ll have our same offense intact that we’ve had, so it should be pretty seamless.”

This senior class is the first that Penn recruited and he has been doing the bulk of the recruiting since.

“That was one of the reasons that those guys brought me down here, was my connections to that recruiting hotbed,” he said. “This whole team, the way we have it set up, was I handled that recruiting pretty much exclusively.” 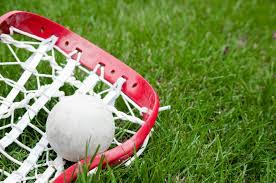 The one area that has been the biggest adjustment for Penn as head coach, is what he calls the administrative side of things.

“Coach McAleavey always gave me the freedom to run a lot of the x’s and o’s and the film and that’s what I love to do is strategize and recruit,” he said. “I was all invested in those areas, now I’m finding I have to divide my time without losing what I brought to the table as an assistant coach.”

“Coach Mac did a great job of counseling the guys on a regular basis with their academics and their personal lives and I’m finding that filling that void takes up a lot of time,” he continued. “It’s a lot of guys to manage, so that’s been my biggest struggle.”

Penn didn’t hesitate when asked what he expected from the 2019 squad. “This is an opportunistic time to take over as head coach because this is the best team we’ve ever had,” he said. “It’s a senior-laden group that is really motivated to win a championship. It’s a lot of pressure I put on myself because I know this group deserves a great season and I know these seniors deserve strong leadership and I feel like if I don’t put these guys in position to win a championship, then I came up short.”

The Panthers signature win last year came on March 21, when they handed Tampa their first ever conference loss, 7-6 at the Olin Complex. The win snapped a 20-game conference win streak for the Spartans.

“That was a big monkey off the back,” Penn said. “And to do it with five freshmen starting, it sets the tone and there’s no reason we shouldn’t do it again.”

The 2019 season will begin in February, and the schedule should be released soon.