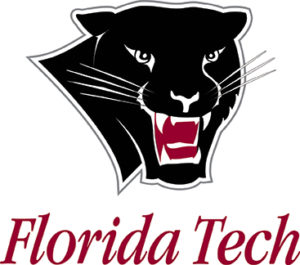 In one of the wildest days of softball you will ever see, the homestanding  Tampa Spartans completed a doubleheader sweep of 10th-ranked Florida Tech on Saturday, winning game one 9-1 in five innings, and game two 4-3 in 13 innings.

Saturday’s results gave Tampa a 12-9 overall record and 6-6 in the Sunshine State Conference. The Panthers fall to 19-6 overall and 5-4 in conference play.

Makaleigh Dooley (10-5) got the win in both games for Tampa, completing five innings in game one and pitching nine innings in relief in game two. When all was said and done, she threw a total of 164 pitches combined.

Florida Tech got on the board first in game one, scoring one in the third inning. Cheyenne Nelson singled, Tina Velazquez walked and Vanessa Rubio reached on an error to load the bases. Jaden Kline would earn a walk and force home the Panthers run.

Tampa would answer with three runs in the bottom of the inning against Velazquez, who got the start for the Panthers. Corynn Miner tied the game when she hit one back to the circle that hit Velazquez in the foot, allowing a run to score. Sam Worrell then battled through a 13-pitch at-bat and worked a walk. One out later, Bailey Phillips drilled a double off the wall, scoring two and giving the Spartans a 3-1 lead.

Jordan Lawlis relieved Velazquez in the bottom of the fourth and was part of an inning that people at the game or watching it. will not soon forget.  A single, an error, and a walk loaded the bases. It appeared that Cristina Clauberg got hit by the pitch, but they called it foul.

Tampa would benefit from the questionable call because Clauberg grounded it to Shanysse Emerenciana who threw wild to first, and as Velazquez retrieved it, she threw it offline to third, and into the dugout allowing three runs to score. and upping the Tampa lead to 6-1.

Clauberg was originally allowed to score, but after a lengthy delay that was close to 15 minutes, the umpires decided she was not at third when the ball went into the dugout, and she was sent back. A bases-loaded walk, a hit-by-pitch, and a run-scoring fielder’s choice made it 9-1 in favor of Tampa.

Dooley would make the most of her good fortune, retiring the side in order in the fifth and helping her team to the run-rule win.

Tampa outhit the Panthers 5-2 in game one, with Nelson and Emerenciana recording the only hits for FIT.

Game two was not without its share of drama as well, with Friday night’s winner Melanie Murphy getting the start for Florida Tech against Worrell for Tampa. Murphy would throw a career-high 12.2 innings and 160 total pitches in this game.

Florida Tech would get on the board first in this one as well, scoring a run in the second. Vanessa Rubio walked and came home on a double by Kline that sailed over the head of the left fielder. giving the visitors a 1-0 lead.

Tampa would load the bases in the bottom of the frame, but Murphy got Stephanie Balmer on strikes, to end the threat. A double by Worrell in the bottom of the third would tie the game at one. Tampa would load the bases again in the fourth after Clauberg was hit by a pitch on a 1-2 count. That would loom large because Miner would reach on an error by Emerenciana, allowing the second run to score.

Emerenciana would make up for the error quickly, leading off the fifth with a triple. That would end the day for Worrell, as Dooley would enter the circle. Mikayla Wessel laid down a bunt and the throw came home. Farrell just stood at home with the ball and Wessel took off for second drawing a throw, which jumpstarted Emerenciana.  The throw came home late, and the game was tied 2-2. Unfortunately, the Panthers were unable to get another run home in the inning.

Florida Tech would get a double from Nelson with one out in the seventh, but she was out trying to stretch it into a triple, on a close play at third. Murphy and Dooley took over from there, as neither team threatened again until the 12th inning.

Clauberg and Miner hit-back-to-back singles, but after a foul out, Murphy got Emalee Jansen to hit into a force at third. After Phillips was hit to load the bases, Murphy bounced back to get Dooley to bounce into an inning-ending force out.

Florida Tech would finally end the stalemate in the top of the 13. Non-consecutive singles by Velazquez, Kline, and Ally Carver brought Alexus Smith to the plate with the bases loaded. Smith, who was subbed for earlier in the game, re-entered, and That proved to be a good decision by Panthers coach Val Silvestrini, as Smith singled home the go-ahead run.

Murphy (8-5) would come back out for the 13th, but she ran into trouble with one out. Lauren Pascoe would get an infield single, Balmer would be hit by a pitch, and after Xiarysse Emerenciana made a great defensive play to record the second out, Murphy would get ahead 1-2 on Miner, getting the Spartans down to their final strike.

Fatigue was likely overtaking Murphy, as she plunked Miner to keep the game going. It was the fifth batter that Murphy hit in the game. That brought Worrell to the plate with the bases loaded and she rocketed a ball to left, allowing the tying and winning runs to score for Tampa, giving the Spartans the walk-off win.

Murphy’s final line is noteworthy. Despite the loss, there is no doubt she gave the Panthers all she had, from start to finish. She threw 12.2 innings, allowing 13 hits, four runs (three earned), and struck out five. She faced 58 batters, throwing 107 of her 160 pitches for strikes.