The Florida Tech football program made the NCAA playoffs for the second time in 2018, after an 8-4 regular season that included a 5-3 record in the Gulf South Conference. The Panthers playoff run was cut short, as they bowed out in the first round with a 43-21 loss to Lenoir-Rhyne.

Panthers coach Steve Englehart believes the 2019 edition of the Panthers have a shot to get back to the postseason but admits they have a lot of work to do.

“Obviously that is a goal, but we’ve got a tough conference and a tough schedule. It’s not gonna be easy,” he said. “We’ve just gotta keep with the process/ “We’ve got some young guys on defense that really have to step up, and I think we’ve gotta do a better job of creating some explosive plays on offense and help out a young defense with good clock management.”

Englehart said the goals from week to week are pretty much the same, control the field position battle, create turnovers on defense and not turn the ball over on defense.

“Ultimately, it’s a different opponent every week, but you’re trying to do the same things to win a football game,” he said. “We’ll see in week 10 where we’re at and go from there.”

Senior Trent Chmelik is heading into his second year as the Panthers starting quarterback. He had a very good 2018 season, completing 203-of-340 passes for 2,664 yards. He finished with 21 touchdowns and 12 interceptions.

“He’s had a good camp, but the intermediate passing game for him has got to get better, the deeper passing game down the middle of the field has to get better,” said Englehart. “I think he’s really good at throwing the ball down the field on the edges, and his short passing game is really good. “He just needs better pocket presence, and that’s something he’s worked on to take control of the offense and get us in and out of the right plays.”

Sophomore quarterback Michael Diliello has had a good camp as well. “Michael had a string of three or four days where I thought if he keeps playing like this, he’ll end up being our starter,” Englehart said. Freshman quarterback Jiya Wright, a transfer from Northern Illinois has done a good job as well.

“Those guys have pushed Trent, but I think Trent has been the most consistent out of all three,” Englehart said. “So if we were going into a game tomorrow, Trent’s definitely still our starter, but I think over the course of the year we’ve gotta get Michael in there a little bit and get him some experience as a redshirt freshman, that way if anything would happen to Trent, he would have some of that experience.”

Despite losing a running back the caliber of Antwuan Haynes, and wide receivers like Terrance Bynum and Romell Guerrier to graduation, coach thinks this team has a chance to be even better at those two positions this year.

“Obviously, Antwuan was a record-breaker and he could hit the big one for us, Romell could hit the big one, both those guys were big-play guys,” Englehart said. “Last year we didn’t have much other than those two guys, and I think this year we’re much more rounded, we have more threats.”

Junior running back Corey Lane is returning from injury, sophomore DJ Hampton, junior Daniel Richardson, and freshman Drezyn Parson, who transferred from Jacksonville University. These guys will give the Panthers depth at the position that they haven’t had in recent years.

“I feel like we have four running backs that we can roll in there, and we’ll be better by the numbers,” said Englehart. “I think we’re doing a better job overall running the ball.”

At the wide receiver position, senior Miles Kelly has had a good camp and senior Damien McGhee will be the guys tasked with filling the shoes that Guerrier and Bynum left. Add to that the fact that the inside receivers stay the same from last year, as does the tight end position with graduate student Max Linder leading the way.

“We definitely have more weapons and feel better about our offense, Englehart said. “Even though you certainly miss guys like Romell and Antwuan.”

Defensively, the Panthers suffered some big losses as well, with guys like Adonis Davis, Jimmy Hinel Richard Leveille, and of course, J.T. Hassell gone. Hassell has made quite an impression in Cleveland Browns camp and has a legitimate shot to be part of that team.

Rick Minter, who spent two years as the defensive coordinator of the Panthers left after last season to pursue other opportunities. “You lose a Hall-Of-Fame coach in my opinion,” said Englehart of Minter.

Englehart decided to go with co-defensive coordinators this season, promoting from within, going with Brian Vaughn, and Aaron Archie.

“We had a lot of guys returning and didn’t really want to change didn’t want to change terminology,” said Englehart. “That was a big reason why we went with two. I think both of those guys are very capable.”

“Vaughn has been a coordinator for the last 10 years and is used to calling plays, so that’s nothing new to him,” said Englehart. “Archie has not only played in this system, but coached in this system, and has a better overall understanding of our system. That’s why I decided to go with both those guys, and I think they complement each other well.”

Some big defensive pieces are coming back including senior safety John McClure, senior Daniel Welch, senior Malachi Timberlake, senior Justin Wright. “Those safeties are all returning,” Englehart said. “We return all of our starters in the secondary, including our corner positions with (senior) Tyrone Cromwell, and (senior) Karenz Stephens, both of those guys returning I feel really good about.”

Junior Omouri Skinner, and sophomore Cornelius Doe both at corner, in the words of Englehart “have got to step up and give us something.”

Cromwell’s younger brother Angelo has stepped up as a true freshman, and according to Englehart, may see some playing time this year.

“Our inside linebacker position is kind of thin,” said Englehart. “You’re replacing a guy like J.T. with freshmen and that’s tough to do.”

Seniors Ian Pittman and Thierry LaFortune are going to be counted on along that defensive line, along with sophomore Chris Dascher, and sophomore Eric Johanning from Melbourne Central Catholic, who redshirted last season. Scott Arnold and Jonathan Shelley are both freshmen transfers that Englehart is expecting to play a role this season. 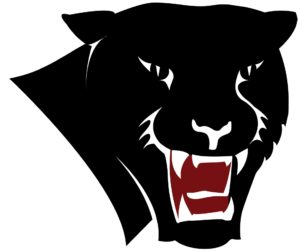 The Panthers kicking game improved immensely last season with the addition of Trey Schaneville. As a freshman, Schaneville set a school record with 15 field goals. He broke the previous record of 12 in a game against North Greenville and added a couple more before he was done.

“Trey is a great talent and he’s gotten his leg stronger,” said Englehart. “I didn’t wanna try a lot of longer field goals last season with him as a freshman, but I think we could potentially do that this season. He did a great job for us last year, and I expect more of the same this year. He’s had a great camp.”

Freshman Kyle McBride, who kicked for MCC last year will handle kickoffs for the Panthers, and senior Curtiss Thies, who has waited patiently behind Kyle Gullikson for the last three years, will take over the punting duties.

The Panthers will open the season with three straight road games, starting with Savannah State on Saturday, September 7. They will then travel to Newberry College on the 14th, and head to Delta State the following week. It is the first time in the history of the program that they will open with three on the road.

“There’s not much you do differently, we just need to get our players comfortable and rested,” said Englehart of the schedule. “We’re in a situation where it’s not terrible travel and I think most of the time our guys like playing on the road.”

Defending national champion Valdosta State will host Florida Tech on October 19. The first home game will be against West Georgia on the 28h, at 7:00 p.m. Homecoming will coincide with this year’s Coastal Classic against West Florida on October 26.