The Florida Tech Panthers traveled to Savannah State on Sunday to take on the Tigers in the opening game of the 2019 season. It was an absolute nail-biter that saw the Panthers escape with a 23-22 victory.

It was a very hard-fought game and I thought it was a big-time gut-check for our team,” said Panthers head coach Steve Englehart during his interview with Jerry Durney after the game. “They played better than us in a lot of ways.”

With this game being moved back one day because of Hurricane Dorian, and the Panthers not seeing much film on the Tigers, Florida Tech was flying blind on a short week of practice. In the end, none of that mattered as Florida Tech’s defense came up big, stopping a 2-point conversion and recovering the ensuing onside kick with 14.2 seconds left.

Florida Tech (1-0) has been missing the explosion play, as Englehart likes to call them on offense in recent years. They found one early, as quarterback Trent Chmelik found tight end Max Linder for a 48-yard touchdown on the first drive of the game, and just like that, the Panthers were up 7-0.

Savannah State recovered the first of two fumbles on the next Florida Tech drive, but the Tigers hurt themselves with penalties, ending up in a 3rd-and-31.

The Florida Tech offense got another big play on their next drive, as Chmelik found Damien McGhee for a 36-yard gain on 3rd-and-12. yards. The Panthers stalled, forcing Trey Schaneville to try a 47-yard field goal that was just short.

Brian Spurgeon was on the receiving end of a 31-yard pass late in the first quarter, but that drive ended with a turnover as a high snap was recovered by SSU.

Savannah State (0-1) got on the board about midway through the second quarter on a 34-yard scamper by Quen Wilson. Omouri Skinner blocked the extra point and the Panthers held that 7-6 lead into the halftime break.

The Panthers first drive in the second half was highlighted by a pass over the middle from Chmelik to Derrick Wright who went down the sideline and covered 72 yards. The Panthers would get a 22-yard field goal from Schaneville, giving them a 10-6 lead with 9:31 to go in the third quarter.

The Panthers defense stepped up big on the Tigers next drive, as Thierry Lafortune and Patrick Banks combined on a sack that killed an eight-play drive for Savannah State.

That left the Panthers with a minute to go in the third, and they proceeded to go on an extended drive of their own that covered 73 yards in 11 plays. It was a run-heavy drive capped off by a 17-yard score from Chmelik to Simon Williams. Schaneville would fail on the extra point, and the Panthers led 16-6 with 12:07 to go.

The Tigers would take advantage as D’Vonn Gibbons scored from eight yards out, and just like that, the game was tied 16-16 with 5:25 left. 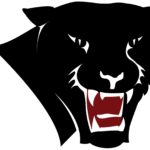 The Panthers came right back with a 75-yard drive that included a 15-yard run from Corey Lane, an 18-yard run by Chmelik and a 27-yard run by backup quarterback Michael Dillelo, which had a 15-yard penalty tacked on to it.

The Panthers rushed for 165 yards as team, with Drezyn Parson leading the way with 48. Dillelo ended the day with 41, and Lane had 40.

Chmelik would end the day with an impressive 331 passing yards, completing 16-of-26 passes. Kelly caught five of those balls for 143 yards.

Dillelo would cap the drive a few plays later with a 4-yard touchdown run, giving the Panthers a 23-16 lead with 2:12 left.

“When it came time and they scored to tie the game, we were able to drive down and get a touchdown,” said Englehart. “I just wish we would’ve chewed up a little more time doing so.”

The Tigers took no time at all answering back. They went 30 yards in three plays to start the drive and later were rewarded with an out of nowhere unsportsmanlike conduct call against Florida Tech with 40 seconds left, as the Panthers were trying to call a timeout. That ended up being huge, as Savannah State scored with 14.2 seconds left to make it a one-point game.

They would opt to go for two, but Daniel Welch stepped up big to stop the run attempt and the Panthers held. The ensuing onside kick was recovered by John McClure, who also led the team with 13 tackles.

“When you have a gut-check game like this and you gotta stop a 2-point conversion with 14 seconds to go, it’s a real gut-check moment,” Englehart said. “I thought our defense stepped up, and offensively we played well early, but killed ourselves with a few penalties and things that we’ll get better at. I believe we have a better offense than what we showed.”