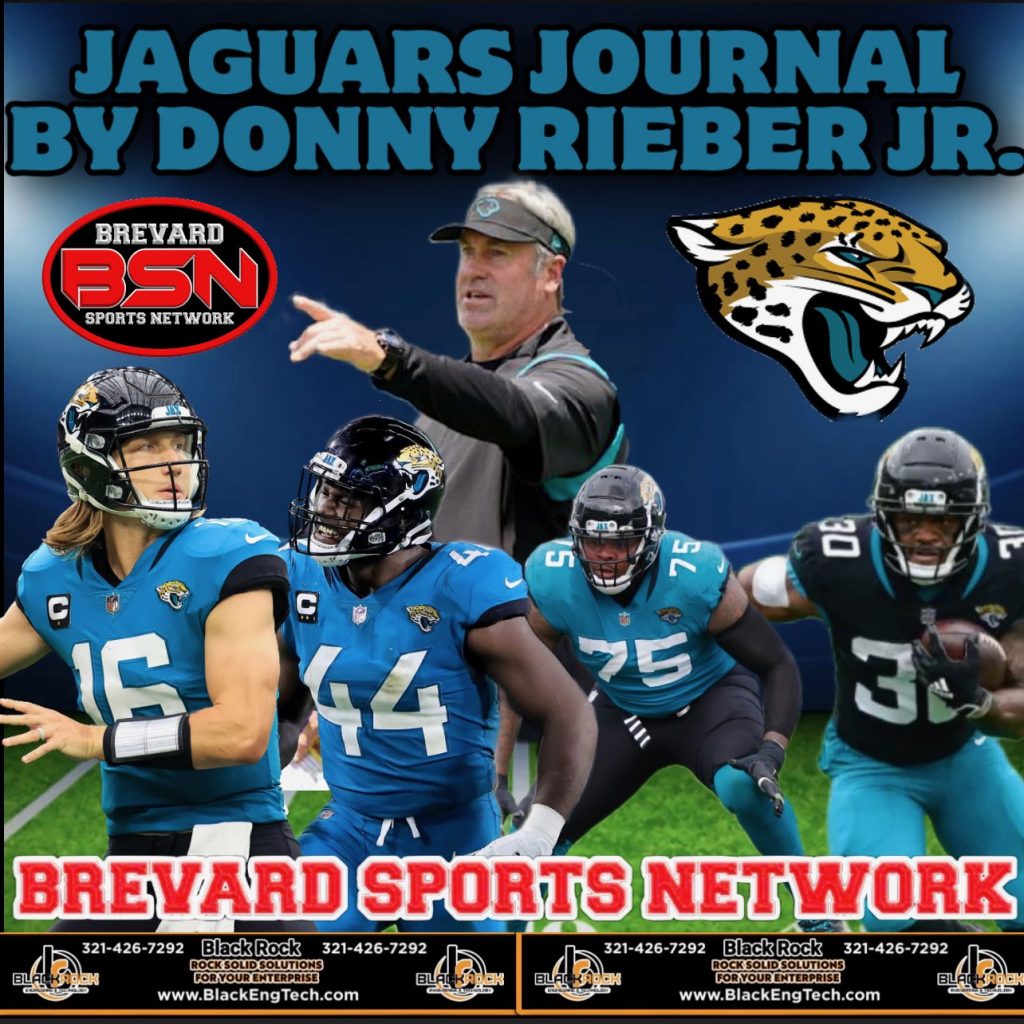 The Houston Texans continued their dominance of the Jacksonville Jaguars on Sunday with a 13-6 victory at TIAA Bank Stadium. The victory was the ninth straight for the Texans over the Jaguars, who have not beaten Houston since 2017. There has got to be some soul-searching in the locker room after this game as the […]

Jaguars Journal Week 4: JAGUARS LET ONE SLIP AWAY IN PHILADELPHIA

The Jacksonville Jaguars played largely mistake-free football in the first three weeks which saw them win twice. On Sunday, the tide turned as the undefeated Philadelphia Eagles forced five turnovers in a 29-21 win at Lincoln Financial Field.

The Jacksonville Jaguars gave the 58,000+ fans at TIAA Bank Stadium a lot to cheer about Sunday as they blanked AFC South nemesis Indianapolis 24-0 to earn their first win of 2022.

The Jacksonville Jaguars 2022 season opened on Sunday against a familiar face in a new place. Carson Wentz led a come-from-behind drive late and helped the Commanders secure a 28-22 victory.
Wentz saw his 2021 season end when he was the quarterback in Indianapolis. The Jaguars dashed the hopes of a Colts team that thought they were playoff bound, winning 26-11.