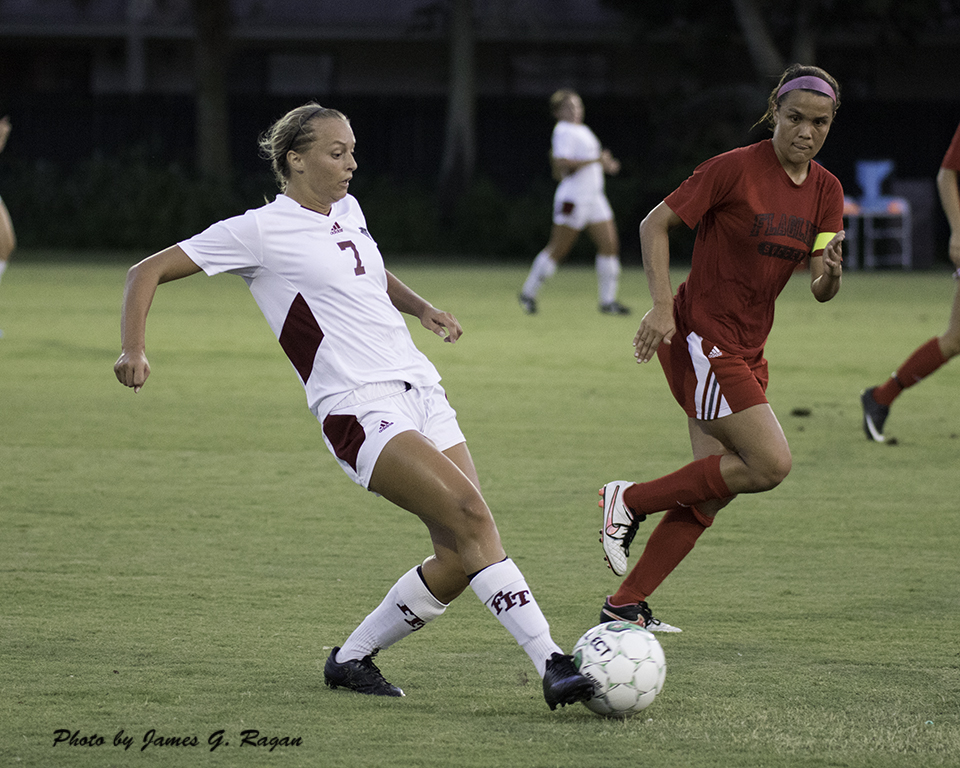 The Florida Tech Panthers capped their senior night with a 3-2 win over the Lynn Fighting Knights in a Sunshine State Conference match on Wednesday night at Rick Stottler Field. The Panthers (7-7-1, 4-4-0 SSC) outshot the Fighting Knights 20-18 in this match, with eight of those shots on goal. Lynn took 18 shots, firing […]

The Florida Tech women’s soccer team played their first match at Rick Stottler Field since September 15th on Saturday and they picked up right where they left off, with a 3-0 win over Saint Leo. Their last home game was a 3-0 win over Palm Beach Atlantic. Kelley Johnson scored two goals on Saturday, the […]

Maria Munoz continued her dominance on Saturday, scoring two goals and adding one assist in Florida Tech’s 4-2 women’s soccer victory at Saint Leo.     Munoz who had a hat trick back on September 20th in a 4-1 home win over Lynn now leads the Sunshine State Conference with 15 points overall. She […]