The 16th-ranked Florida Tech Panthers got off to a dangerously slow start this season, losing four of their first five games. Saturday night the turnaround continued as the Panthers beat Palm Beach Atlantic 12-8, in a Sunshine State Conference game. FIT has now won four straight conference games, beating Tampa, Rollins, and Lynn prior to […] 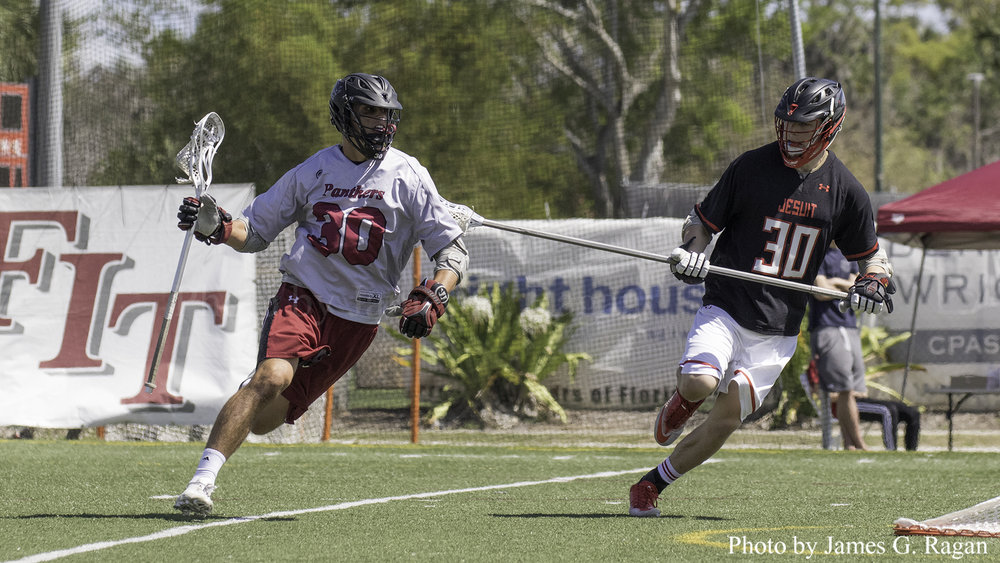 The 16th-ranked Florida Tech men’s lacrosse team continued their winning ways on Wednesday, taking down Sunshine State Conference foe, Lynn University 16-8. The victory was the fifth in a row for the Panthers and the third straight in the conference. Reid Chaconas led the Panthers offense with five goals. Tajee Mobley, Luke Palmisano, and Tyler […]