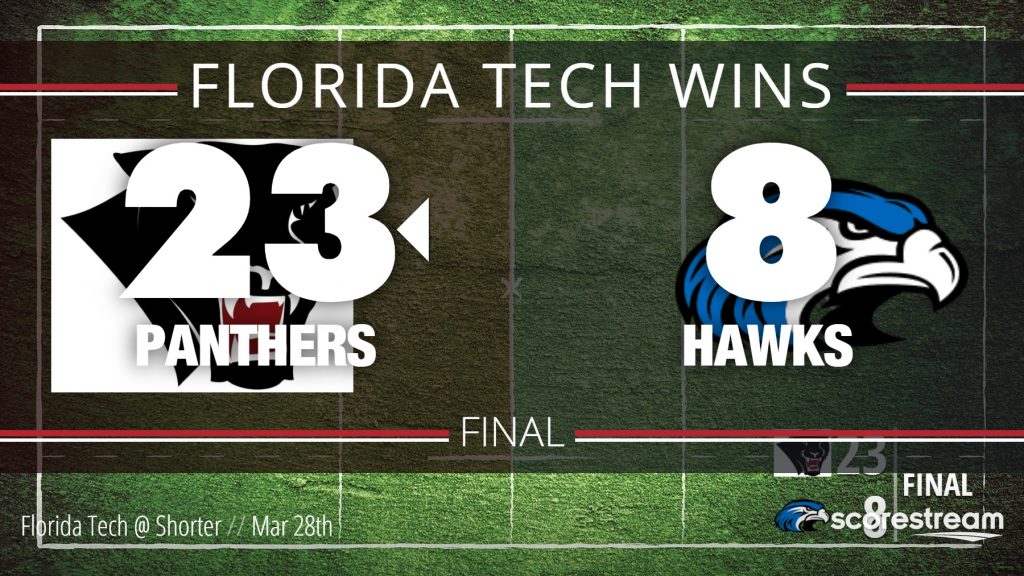 The 17th-ranked Florida Tech women’s lacrosse team made their trip to Rome Georgia well worth it on Monday, beating the Shorter Hawks  23-8 in the Panthers’ final non-conference game of the season. The win moves Tech to 7-0 this season, while Shorter falls to 2-8. Kayla Minton led the Panthers with five goals and an […]

Second Half Surge Propels FIT Men to Victory Over Shorter

The 24th ranked Florida Tech men’s soccer team improved to 2-0 on Monday, beating the Shorter Hawks 5-1 in a non-conference match at Rick Stottler Field in Melbourne. The match was delayed twice by lightning but was able to be completed.  Freshman goalkeeper Luuk Teurlinx made his Florida Tech debut a memorable one, posting three […]