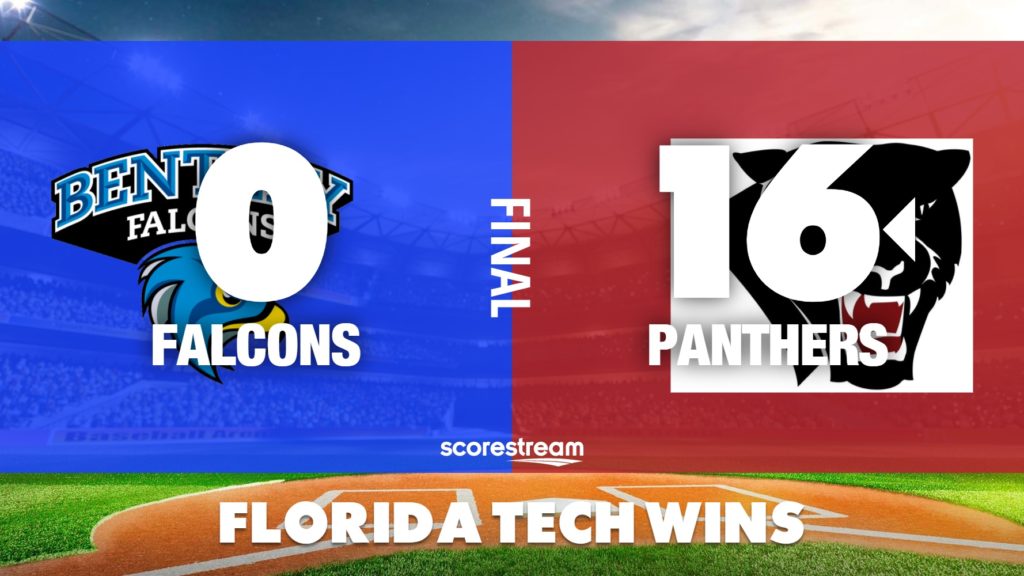 Header pic: Cheyenne Nelson Florida Tech got a hard-earned win over Bentley on Sunday to start the final day of the Florida Tech Invitational at the Launch Pad in Cocoa. The Panthers beat the Falcons 5-4 in 10 innings. It was the second win of the weekend over the Falcons, as the Panthers won 12-4 […]

Panthers Lower the Boom on Bentley

Florida Tech opened a three-game series against Bentley on Friday night, beating the Falcons 16-5 at Andy-Seminick-Les Hall Field. It is the fourth straight win for Florida Tech. It was a tough night for Panthers starter Boris Villa, who pitched just 2.2 innings. He would get a no-decision thanks to the offensive explosion by his […]