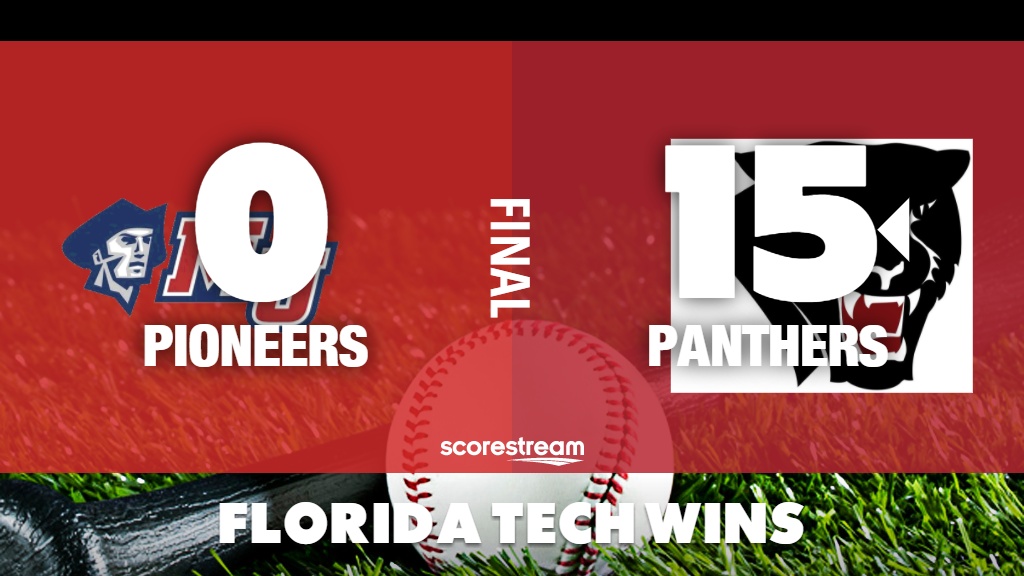 The Florida Tech Panthers opened their 2019 baseball season on Friday against the visiting North Georgia Nighthawks. The home team led twice, before dropping a 4-2 decision at Andy Seminick-Les Hall Field.  Junior Raul Quintero was the only Florida Tech player with multiple hits, going 2-for-4 with a double.  Florida Tech (0-1) had multiple chances […]

The Florida Southern Moccasins won both ends of a doubleheader on Saturday, beating the Panthers 6-3 and 4-1. Florida Tech has now lost three in a row, after Friday’s 15-2 loss to FSC. Florida Tech managed just four hits in game one, the first came in the fourth inning, a single off the bat of […]

David Lebron pitched five innings of two-hit baseball Friday night, leading the 17th-ranked Tampa Spartans to a 6-0 victory over visiting Florida Tech in the conference opener for both teams. Ty Cohen (1-2) suffered his first loss for the Panthers, allowing six runs (four earned) on nine hits. He struck out eight and did not […]