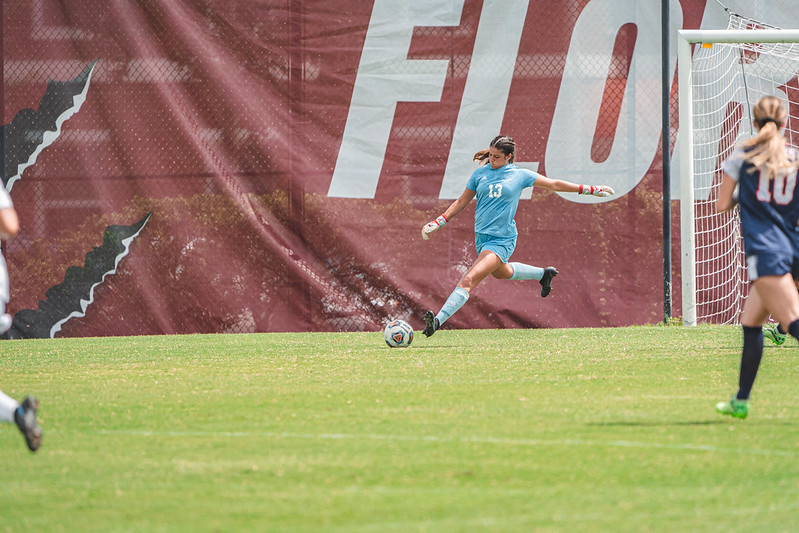 Maria Munoz scored her fifth goal of the season with 2:44 gone by Wednesday night, helping the Florida Tech Panthers score a 1-0 win over Lynn in a non-conference match. Lynn (3-3) managed just eight shots in the match, including two on goal. The Fighting Knights took eight corner kicks, accounting for their best offensive […]

The Palm Beach Atlantic Sailfish came to Rick Stottler Field Saturday night, riding a three-game win streak, all of those shutouts. Florida Tech put an end to those streaks with a 3-0 win in the first Sunshine State Conference match of the season for both teams. Maria Munoz got the Panthers on the board early, […]

The Florida Tech Women’s soccer team had two quick answers after giving up goals to Montevallo Falcons on Friday, but 110 minutes of soccer, a 90-plus minute rain delay and over four hours didn’t solve a thing, as the two teams played to a 2-2 tie in their opening match of the season. The […]