Back in July, it was announced that Corinne Desrosiers was leaving the Florida Tech women’s lacrosse program to take a job with Duquesne. an NCAA Division I school in Pittsburgh.

The coaching search led FIT in the direction of McKenzie Rafferty, who spent the last two seasons as the assistant coach at Regis University. Rafferty was officially named head coach on August 24th and made her way on to the Florida Tech campus on September 4th.

“I am settling in nicely here, thanks to the team and the administration here at Florida Tech,” she said when she sat down with Sports Lowdown Thursday morning for an exclusive interview.“It was obviously a big transition moving from Colorado, to Florida, but it’s something I really enjoyed. I’ve just enjoyed the process.”

Rafferty was a four-time letter winner at the University of Delaware and was also successful in the classroom. Among her many achievements was being named to the IWLCA Academic Honor Roll in 2016. Being a young coach has definitely worked to her advantage with this Florida Tech squad.

“I find that my youth has definitely allowed me to relate to the girls on a level that’s a little bit different, in a good way,” Rafferty said. “I think that because I am so close to having played, that I’m able to kind of see what they’re seeing and experience what they’re experiencing. Seeing their perspectives really helps.”

“That’s a big part of our program,” she continued. “Everyone being heard and included. I wanna hear what these girls have to say. I think that they’re extremely intelligent and we’re growing together. That’s our main priority right now.”

Rafferty said one of the things that drew her to Florida Tech was the chance to meet and talk with a bunch of different coaches during her initial discussions with the university.

“I got to see their stance and their coaching styles and philosophies and perspectives,” she said. “It helped me to see that I really wanted to come here and be a part of this program, this administration, and this university.”

Regis visited Florida Tech back in 2017 for a regular season non-conference tilt at Florida Tech Panther Stadium. It was a game the Panthers won 15-13. When asked what she remembered from that trip, the first thing was not a surprise.

“What stood out to me most, obviously coming from Colorado was the warm weather,” she said, with a laugh. “Otherwise, it was just a great opportunity to come out and play someone that wasn’t in region and a team that we don’t normally play in season. I thought Florida Tech was a great school, I had heard it was a STEM school, and it was close to the beach. Obviously, it was a totally different environment than we were used to in Colorado, but it was definitely a fun trip for the girls and always competing at a high level was awesome.” 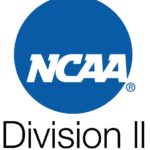 Regis ended up making it all the way to the Final Four in the NCAA Tournament last season and made the trip to the tournament in 2017 as well. The 2018 campaign included a win over the number one ranked Lindenwood, who was undefeated at the time, in the Midwest Regional title game.

The Rangers had not beaten Lindenwood in the two previous meetings that season but shocked them when it mattered most with a 15-14 win in two overtimes.

Having gotten deep into the tournament as an assistant and knowing that Florida Tech has enjoyed tournament success in the last few years, Rafferty is looking to continue that success.

“Obviously, the team goal would be to win an SSC Championship, that’s the goal that they’re chasing,” she said. “Any postseason play is what everyone wants to go for. Coming from Regis and having the experience of winning an RMAC, which is the conference that we played in, winning the Midwest Regionals and going to the Final Four was an experience I would want any team to experience because that’s what playing is all about, experiencing those big games, feeling those emotions and being in that environment is awesome.”

In order for the Panthers to get to that Sunshine State Conference title, they have a giant to slay in Florida Southern. The Moccasins are 9-0 all-time against Florida Tech and they have beaten the Panthers in the South Region title game two years in a row.

This is not news to Rafferty, as she is well aware of the Mocs success, but right now, she is not looking too far ahead.

“We’re more focused on ourselves and how we can get better every day,” she said. “We wanna constantly improve, we wanna play fast, we wanna play aggressive and we want to be the best possible team that we can be at this moment in time.”

During her two seasons at Regis, Rafferty ran the offense, and she is working on a system that will fit these players. She said she is taking some of what she learned at Regis and also as a player.

“I’m trying to build my own system, but not in a way where I’m totally flipping it, so the girls aren’t used to anything,” she said. “I wanna create the relationships and form a culture and a synergy on the field that we’re proud of,” she said. “That’s something I found Regis had and that’s what I want for Florida Tech as well.”

The 2019 schedule will be released soon and will be posted on our site as soon as it is available. Stay with Sports Lowdown for complete coverage of the Panthers once the season gets underway.