The Auburn-Montgomery Warhawks went on a 20-7 to end the game Friday, handing the Florida Tech Panthers a 71-65 loss in their season opener. It was the nightcap of the South Region Tipoff Classic at the Clemente Center in Melbourne, FL.

“I think a lot of their stuff came off of our (17 turnovers),” said Panthers assistant coach DeMario Robinson. “That’s a team that plays off of energy and we’d have one turnover and next thing you know, you look up and we have four in a row.”

The Warhawks (1-0) turned the ball over 16 times, but it seemed the Panthers would lose the ball at the most inopportune times, either when they were trying to build on a lead, or just as they were starting to get momentum on their side.

R.J. Coil, who did not play in the Panthers two exhibition games, led the Panthers with 15 points. Derek Murphy finished with 14 points and seven rebounds, while Dwayne Orija added 13 and eight boards, and Valur Valsson chipped in with 11 points.

As was the case in the two preseason games against Georgia Tech and Florida Atlantic, the Panthers struggled from the charity stripe, hitting just nine of 16.

Orija was the only bright spot from the line for the home team, hitting six of six, but Murphy, who played so well in the exhibition games, struggled, hitting just two of his eight free-throws.

The game went back-and-forth for the first seven-plus minutes, before Orija followed a bucket by Murphy with a three, to put the Panthers up 15-11. Murphy would complete a three-point play with 11:27 to go in the first half, putting the Panthers up 18-11.

Unfortunately, on the next trip down the floor, Valsson lost the handle on the ball, turned it over and committed a foul. AUM hit one of the free-throws and that sparked a run that allowed the Warhawks to close the gap to 18-16. 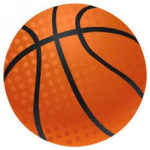 Darrion Taylor’s three opened the second half for Auburn-Montgomery to go up by six, but the Panthers battled back to tie it at 42. The Warhawks would go up by four, but Coil drained a three to cut it to 46-45 with 13:39 left. He would hit another long ball at the 9:38 mark, to put the Panthers up 51-49. A layup by Valsson made it 53-49.

Free-throws by Orija and Cory Kaplan, along with a Murphy bucket off a Kaplan steal gave the Panthers a 58-51 lead. That’s when the wheels fell off.

Coil got a three with 22 seconds left to make it 70-65, but that was not enough, as the Warhawks got their season off on the right foot.

“We gotta shoot the ball, take care of the ball and we gotta get production from other guys,” said Robinson. “Derek was scoring big points against DI teams and I told him, ‘Teams are gonna’ be out for you’, and that’s what happened.

“I thought Valur had a great game tonight and it was nice to see Dwayne Orija get out there and step up,” he continued. We just need a couple more guys to step for us, and we’ll be okay.

The Panthers will finish the tournament Saturday night against Benedict College, who lost Friday’s first game to Rollins, 72-60. AUM will play Rollins in game one on Saturday, tipping off at 3:30 p.m.