Parrish Has a Grand Day Against Barry

The Florida Tech Panthers scored a big Sunshine State Conference win on Sunday, beating the Barry Buccaneers 15-12 at Andy Seminick-Les Hall Field. They got game one in before the rains came and pushed the final game of the series back to Monday. Brett Parrish was the hero at the plate in this one, coming […] 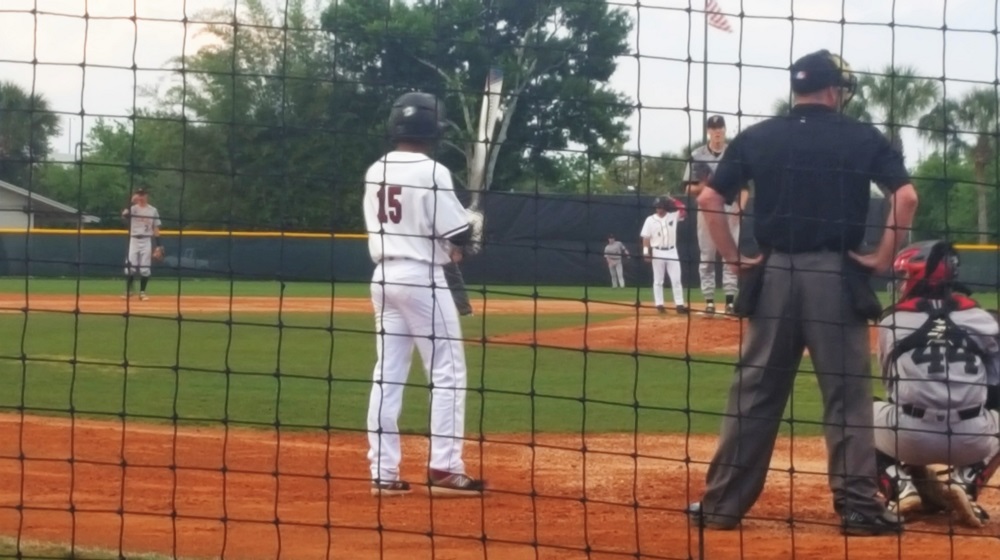 The Florida Tech Panthers were on the wrong end of a 4-3 score Friday night in the opener of a three-game series at Andy Seminick-Les Hall Field. James Gronberg did make history in the loss, stealing the 65th base of his career in the seventh inning. That tied him for second place on the Panthers […]

Dillon McCollough and Andy Marzheuser put on a clinic on the mound Friday night in the opener of a Sunshine State Conference series in St. Petersburg. In the end, the Tritons scratched out two eighth-inning runs and hung on for a 2-1 win. McCollough (3-0) set a new career-high in strikeouts with 15 and allowed […]